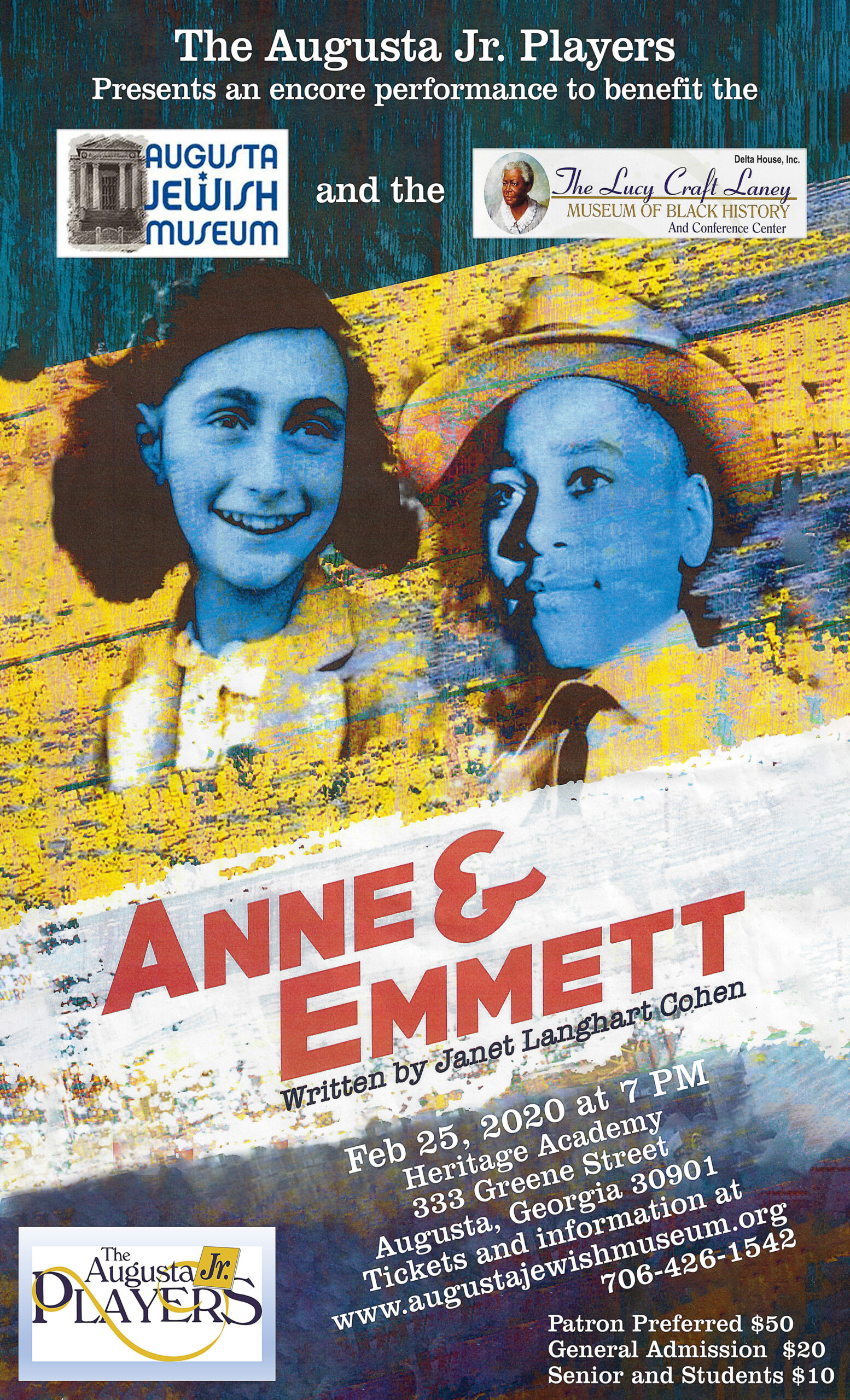 Augusta Junior Players presented a benefit performance for the CSRA February 25 at the Heritage Academy. This critically acclaimed production of “Anne and Emmett” which is directed by Roy Lewis, featured two Augusta area youth portraying Anne Frank (Mary Charles Johnson) and Emmett Till (Darrick Brown) both victims of hatred and racial intolerance. Anne Frank (age 15) perished in 1945 in the European Holocaust and Emmett Till (age 14) was brutally murdered in 1955 to spark the Civil Rights movement. This powerful and moving piece by Janet Langhart Cohen is a call to action to Stop the Hate: Tikkun Olam! We can Repair the World! According to some audience members who saw the play recently, “it is phenomenal, profound, and heart wrenching – a must see for all.”

Although graphic, the play appeals to all ages but especially those of Anne and Emmett’s age, lest they never know or are allowed to forget. The after performance Discussion/TalkBack featured local news personality Monique Williams and Ron Small, Founder and Principal of the Holocaust Education Film Foundation. the two fielded comments and questions about prejudice, hatred, racism, and antisemitism. The Lucy Craft Laney Museum of Black History and the Augusta Jewish Museum provided educational resources online and  at the Laney Museum.

Proceeds for this single performance benefited the non-profit Augusta Jewish Museum and the Lucy Craft Laney Museum of Black History to help with programming and facilities.