New Exhibition at the Laney Museum: The HBCU Experience, Past, Present and Future

The Lucy Craft Laney Museum of Black History will showcase “The HBCU Experience, Past, Present and Future” from August 1st to September 25th.  This exhibit examines the role that the historically black college and university have played in shaping many of the iconic figures of Augusta.  One need look no further than the namesake of the museum, Lucy Craft Laney, who graduated in 1873 in the first class of the Normal School of Atlanta University.  In addition to the physical exhibit at the Museum, there will be several virtual and interactive components.

Admission is limited to tours of four people and tours must be set up in advance. Available tour times are Tuesday, Thursday, and Saturday at 10:30am and 2:30pm.

The Historically Black College and University, or HBCU, has been one of the foundational institutions in the African American community since the antebellum period.  Post-Civil War America saw the creation of dozens of HBCU’s, from Atlanta University in Atlanta, Georgia, to Benedict College in Columbia, South Carolina.  All HBCU’s are not the same.  Some are large, like Southern University in Baton Rouge, Louisiana, and others have a more intimate campus setting, like Paine College in Augusta, Georgia.  But no matter the size or geographic location of the school there is one thing that is for certain, the HBCU experience is a collegiate experience unlike any other.

In early September there will be a virtual panel discussion about the importance of the HBCU in the 21st Century.  The panelists will include representatives from various historically black colleges and universities.  The panel will be moderated by Augusta’s own, Fisk University graduate, Dee Griffin.

For more information about this exhibit as well as important information on our tours please contact 706-724-3576.

Quilt making has long been a form of storytelling art. Its deep historical roots through the years have made this art form a communication tool. The history of a family, the stories of a culture, and the bonding of a community have been preserved in the art of quilt making. Traditionally embraced as an activity performed by the women of a community, quilts became legacy icons of a family life. They were pieced together by hand using a variety of discarded clothing, old linens, and the remnants of sewing projects. Pieces of daily life were literally stitched together.

While stitching their stories, the women often worked together in a group, exchanging ideas and sharing information. Quilts embody the very fabric of a family and its community.

Dr. Janaka Bowman Lewis is Associate Professor of English and Director of the Women’s and Gender Studies Program at The University of North Carolina at Charlotte. She is the author of several book chapters and articles on 19th Century African American women’s writing and most Narratives of African American Women.

Angela Marshall, also known as “Author Stone”, is a public speaker, professional writer, columnist, bestselling author, creative consultant, ex-NFL wife and business owner of “In Other Words, by Stone.” Angela opens a window into the NFL lifestyle with her autobiography, Reality to Rags to Riches: The Story and Life of an Ex-NFL Wife. 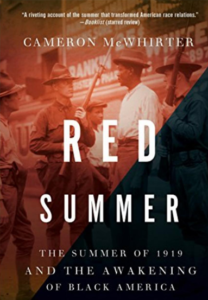 Cameron will discuss his book about the Summer of 1919 when racial unrest rolled across the nation and the first stirring of the Civil Rights fight began. Millions of lives were disrupted, and hundreds of lives were lost. Blacks responded by fighting back with an intensity never seen before.

He is the author of Red Summer: The Summer of 1919 and the Awakening of Black America

Dr. Janaka Bowman Lewis is Associate Professor of English and Director of the Women’s and Gender Studies Program at The University of North Carolina at Charlotte. She is the author of several book chapters and articles on 19th Century African American women’s writing and most Narratives of African American Women.

Angela Marshall, also known as “Author Stone”, is a public speaker, professional writer, columnist, bestselling author, creative consultant, ex-NFL wife and business owner of “In Other Words, by Stone.” Angela opens a window into the NFL lifestyle with her autobiography, Reality to Rags to Riches: The Story and Life of an Ex-NFL Wife.

Augusta Housing & Community Development and The Lucy Craft Laney Museum of Black History presents
Through the F. I. R.E. Exhibition: The Living Legacy of Laney-Walker / Bethlehem 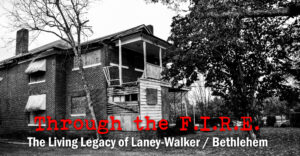 Presenting vintage photographic scenes, Through the F. I. R.E. Exhibition intends to re-ignite the flame that once lived in the hearts of residents, to bolster community development, sparking the desire for more private investments in the area. Forming Intentional Relationships Everywhere aims to kindle passion within the community, while simultaneously fueling momentum for subsequent economic development plans. The project will also encourage creativity and link the thriving community of the past to the thriving community of the future.

In its prime, Laney-Walker Boulevard was a prestigious residential address, as well as a nexus of  the African-American economic powerhouse “Golden Blocks,” leading to the Augusta’s Downtown Central Business District.  Today, the Laney-Walker Historic District is home to several Richmond County Schools of Excellence; and, just steps away from state-of-the-art medical care, small businesses, centennial churches, cultural, and recreational opportunities.  The district is in close proximity to current urban core redevelopment, spanning new geo-centers such as the Cyber, Arts/Entertainment, and Medical Districts; along with the well-established, contiguous Bethlehem and Paine College Historic Districts.  The neighborhoods of Laney-Walker and Bethlehem Historic Districts sit in the middle of a refurbished, thriving Augusta, Georgia. Older buildings serve to retain the historical narrative of their former glory, a stark contrast to brand new properties. Powell Pointe, Heritage Pine, and The Foundry are perimeter and centrally located examples to visitors that sparks of progress are redefining the benefits of downtown living.

In 2008, Augusta-Richmond County approved long-term funding for community development in the area.  Led by Augusta Housing and Community Development (HCD), the municipality is employing a multi-phased approach to redevelopment, growth, and sustainability in this area. In recent months, HCD has achieved a base level of new housing stability. The current emphasis is to shift focus to attracting services and amenities that turn neighborhoods into stronger communities, and communities into lively cultural assets.

Instead of tearing down dilapidated properties, HCD will use a new approach to combatting blight, and attempt to reconstruct properties of merit. This transformational approach will reconnect neighborhoods in the community through historic preservation of neighborhood identities, as redevelopment quickly engulfs entire blocks in the speed and erasure of wildfire. The recognition of underlying historical and cultural significance of communities is a most important task, since Augusta has begun a new path of economic growth, changing and influencing a new generational culture.

Admission to the Augusta Municipal Gallery is Free.

Epochs of Courage – The Black Caddies

The Lucy Craft Laney Museum of Black History is pleased to present a new Epochs of Courage African American Golf Exhibition, “The First Generation of Black Golf: The Caddy.”

A luncheon lecture on May 8th from 11:30 until 1pm at the Laney Museum will feature a panel of professional black caddies, including Augusta National Caddie legends Jim Dent, Jariah Beard and Bobby “Cigarette” Jones, who will discuss their
journey in the sport of golf. 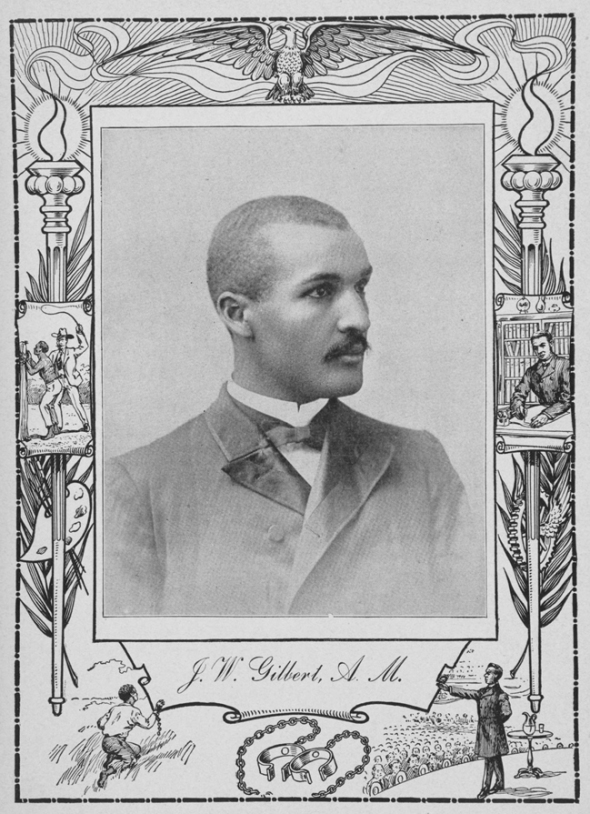 Join us Tuesday April 30th at 5:30PM for the Spring Lecture at the Lucy Craft Laney Museum of Black History by John W.I. Lee, Ph.D., Associate Professor of Ancient History at USC-Santa Barbara. Dr. Lee is distinguished in antiquity studies as The Great Courses lecturer on The Persian Empire. He will discuss the lives of internationally acclaimed educators Gilbert and Laney, whose work in racial uplift is linked and exemplified through their 1917 charter membership in The Augusta Branch of the NAACP. Georgia Humanities Scholar Joyce Law will precede Dr. Lee’s presentation with a brief insight on Reconstruction Era education in Augusta. To RSVP please call 706-724-3576. 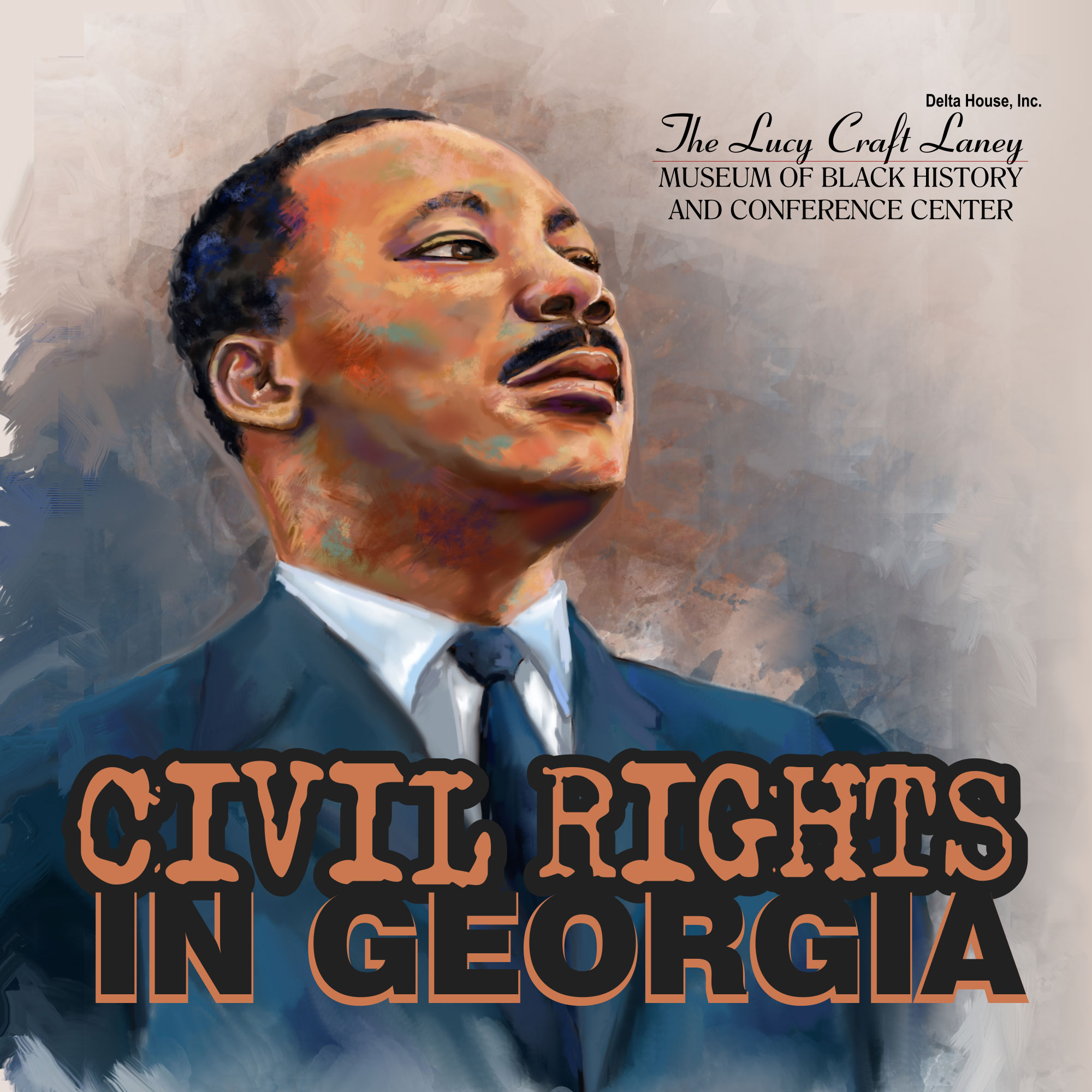 Civil Rights in Georgia Exhibition at the Lucy Craft Laney Museum of Black History is open through March 2019. The exhibition has numerous historic documents, iconic photographs, art, lectures, and books on display. For a guided tour call 706-724-3576. 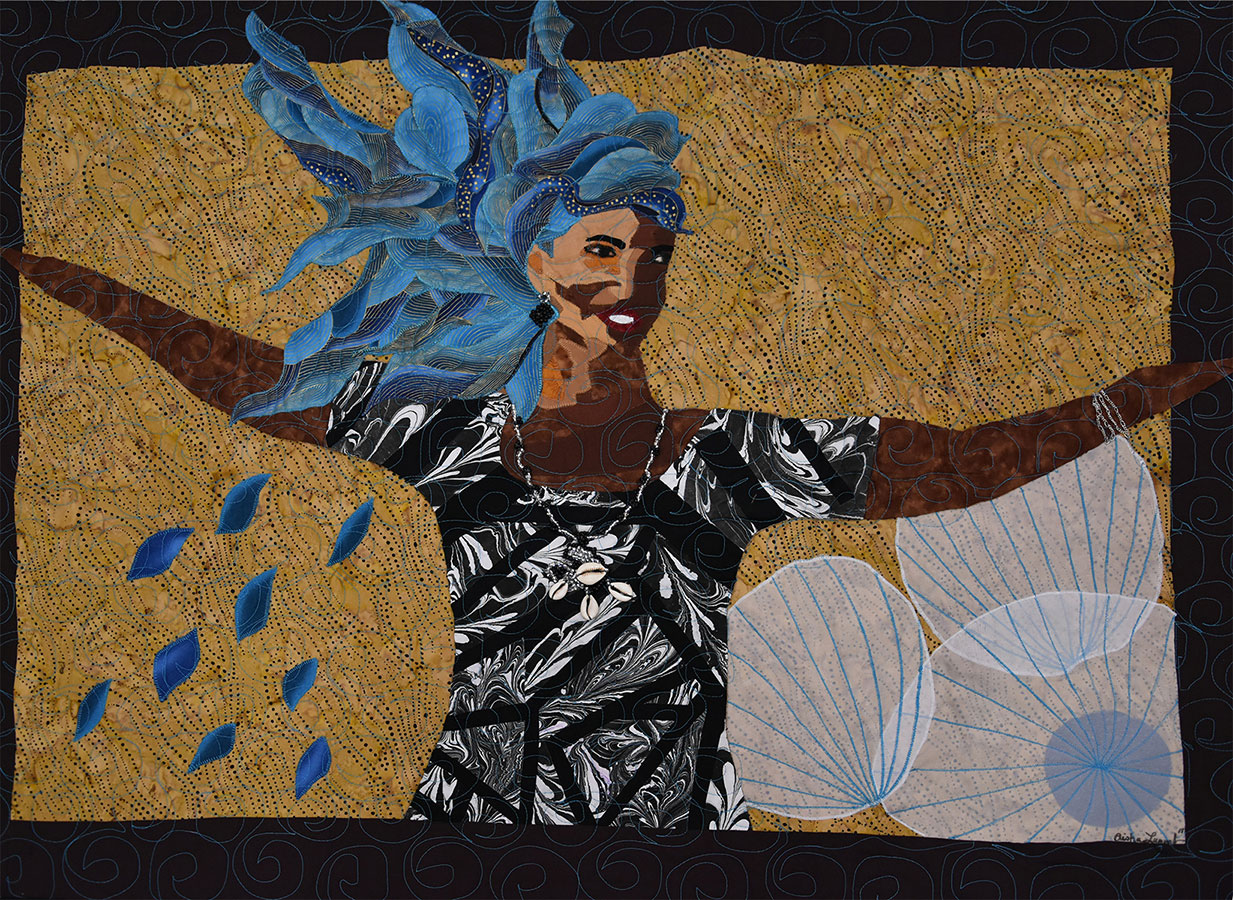 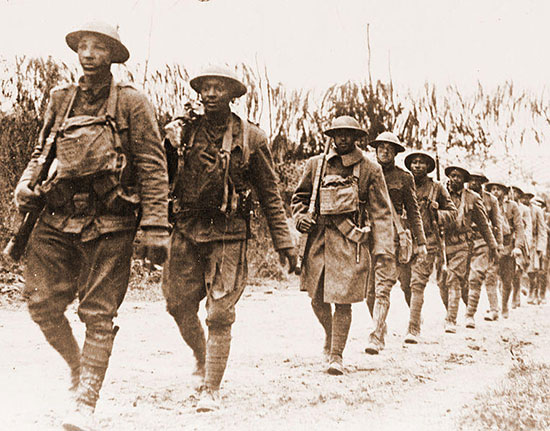 This ambitious project to honor and re-energize the forgotten and unknown stories of local African American veterans and civilians during the “war to end all wars,” begins from America’s official entry into World War in April 1917. Part I of the three part series launched at the World War I Symposium held in November 1917, with just one tabletop exhibition on the African-American view. The small-scale exhibition has circulated throughout various venues; but, only in Augusta. The full scale exhibition will include meaningful artifacts and information from the metropolitan River Region, which spans 21 contiguous counties of Georgia and South Carolina bordering on the Savannah River.

Opening Reception: Please join us for the complimentary reception on Friday, September 9th from 7-9pm at the museum for a lecture on the war’s impact on the lives of Georgia and South Carolina military veterans and the upheaval of the Great Migration.