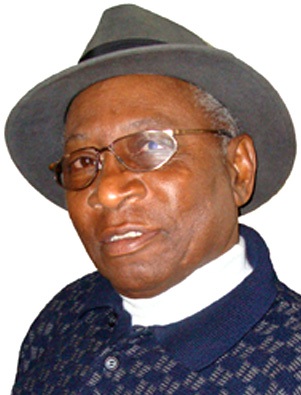 Jariah Beard, a graduate from Lucy Craft Laney High School, is a legend in his own time. He worked at the Masters Tournament for forty years. He is included in the book, “MEN ON THE BAG, The Caddies of Augusta National” by Ward Clayton, where he is ranked as the seventh best caddie of all time. He is also included in the upcoming film, “Loopers” The Caddie’s Long Walk, which comes out in select theaters on June 7th. Jariah has been proclaimed the unofficial historian for Augusta National caddies.

Jariah was born on January 19, 1941 in Columbia county and moved to Augusta, Ga., at an early age. He was introduced to the game when he began to caddy at the age of twelve. He had an unusual route to the caddie yards at Augusta National. First, at the age of 11 he was an apprentice caddie at Augusta Country Club. Then he graduated to Augusta National a few years later at the age of 16. After that he earned a steady job at the Masters Tournament and carried a bag from 1957 to 1983 caddying for a variety of players. Beard first caddied for Bob Koskie, known as “The Mighty Might”, who later became a world renown golf instructor. Other great golfers that Beard worked with included Don Sanders in 1964 and Don January, whom he caddied with for close to thirteen years. Beard also caddied for Fuzzy Zoeller in 1979 when he won the Masters Championship. After the rookie won the Masters, he gave credit to the victory to Beard, who successfully guided him through every shot. Beard served as a caddie at the Masters for four decades.

Jariah, like many African American caddies of the day, was also a very good golfer. He played in numerous golf tournaments over the years. Jariah says his greatest victory was winning the Jim Dent Invitational held at Forest Hill Golf course in 1991. He decided not to dedicate the time and energy to focusing on building a career as a golfer. He was a great caddie and he also had potential as a golfer but at the time, he had a wife and five children. He also had a good paying job with International Paper.

Beard always loved the game and the extra money came in handy. He chose to caddy during the day and worked at the manufacturing plant at night. He used his vacation time to caddie during the Masters Tournament until 1983, when the ban on non-Augusta caddies was lifted, making Beard, and many other Black caddies essentially unemployed. Since that time, he has never worked another Masters Tournament.