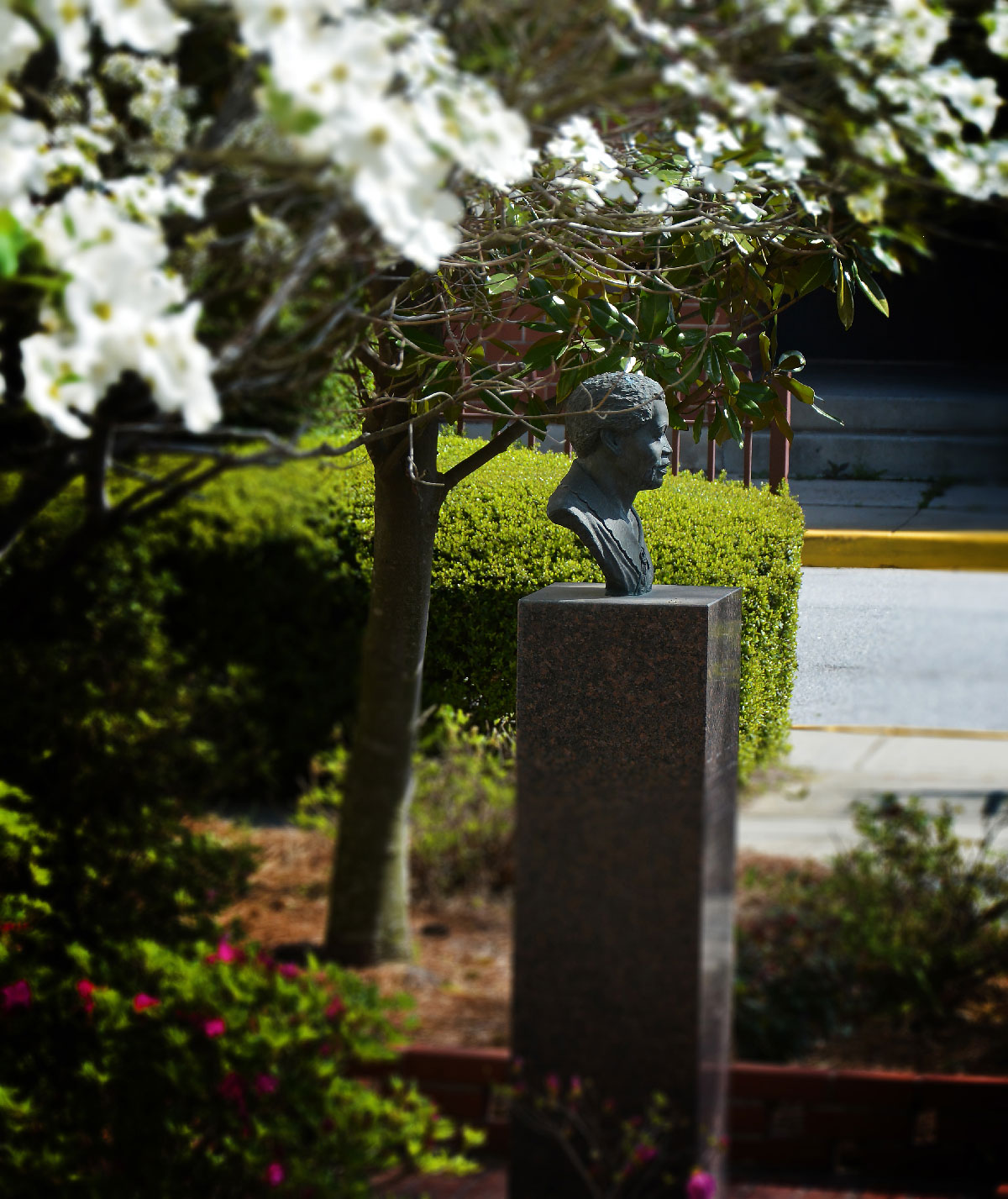 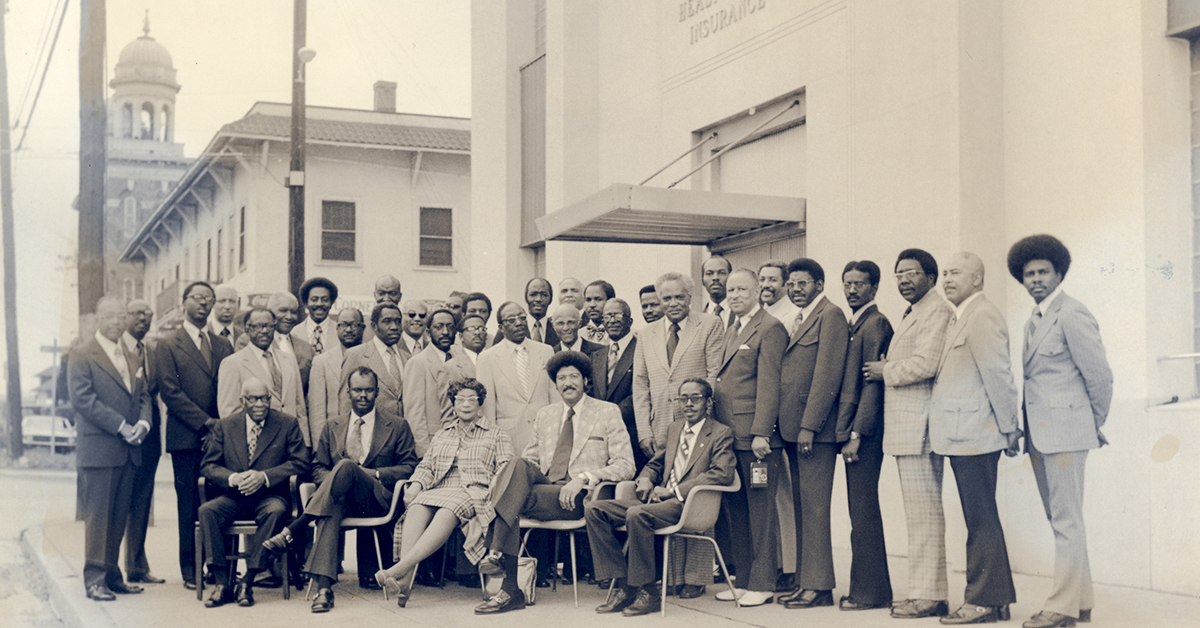 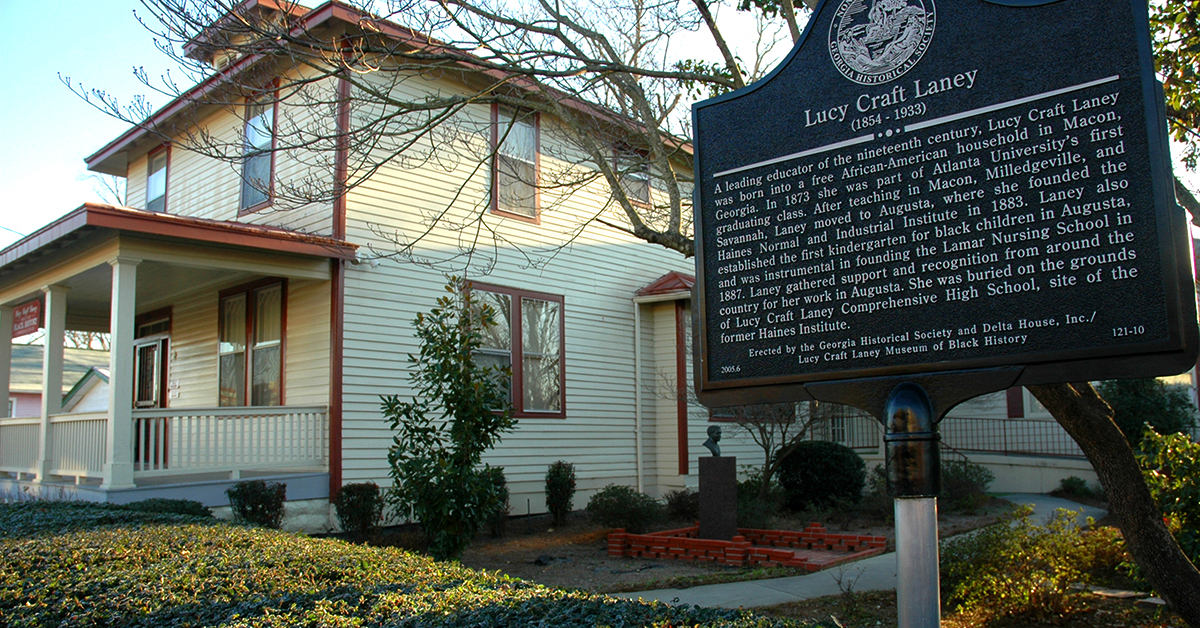 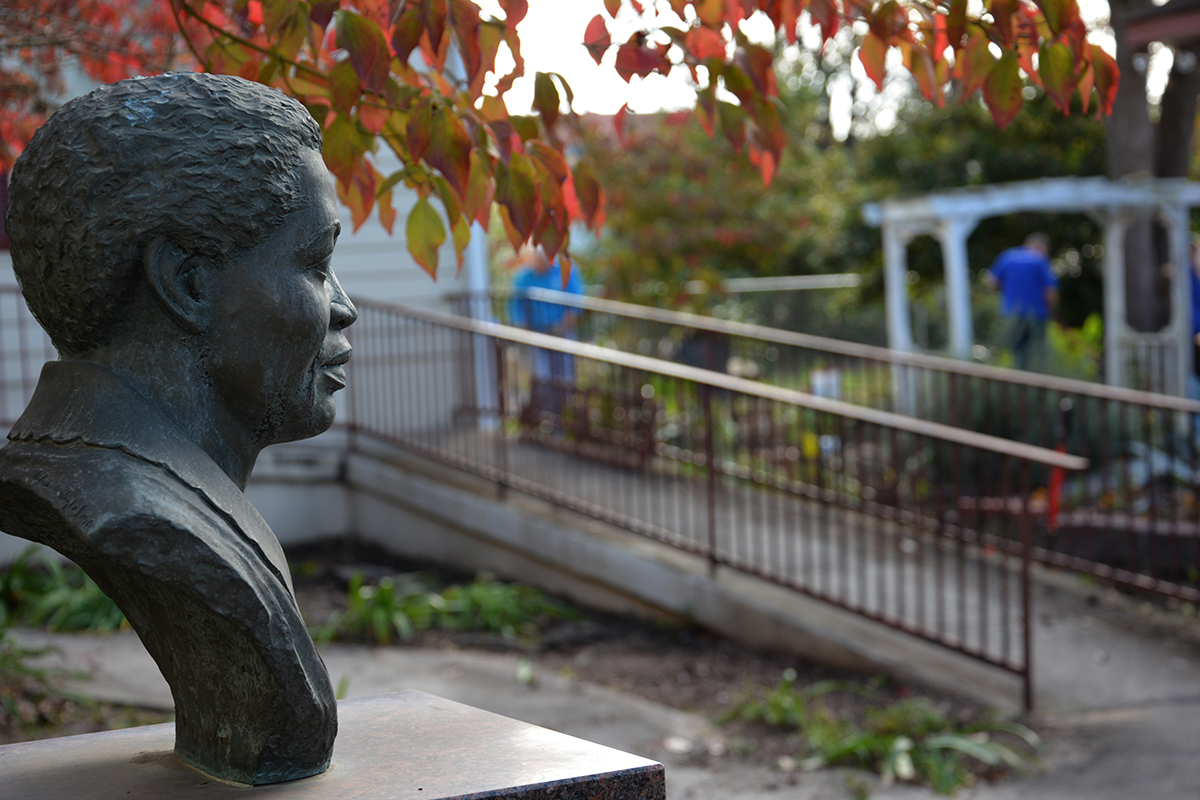 Miss Lucy Craft Laney has gone down in history as one of the state of Georgia’s most influential educational leaders. As a child of Georgia she is in league with other outstanding black hero’s from Georgia such as Dr. Martin Luther King, Jr. Civil Rights Leader and Dr. Henry McNeil Turner, the first black chaplain in the U.S. Army and the first black in the Georgia Legislature. Miss Laney’s contributions in the area of education are a tribute to perseverance, dedication and unwavering faith.

Birth of an American Hero
Miss Lucy Craft Laney was born in Macon, Georgia on April 13, 1854, eleven years before slavery ended. She was the seventh of ten children born to Rev. and Mrs. David Laney. Rev. Laney was a noteworthy Presbyterian minister and an outstanding carpenter. Using the money he saved doing side jobs, Mr. Laney was able to purchase his wife’s freedom and promise his children a better life.

Although there were laws that prohibited blacks from reading during Miss Laney’s time, with the help of Ms. Campbell, the slave owner’s sister, Lucy was able to read by the time she was four. Ms. Campbell’s generosity and her parent’s open-arm policy with strangers and family taught Lucy the importance of giving and sharing. These lessons would be the foundation for her success. In 1869 at the age of 15, Lucy entered the first class of Atlanta University. In 1873, she was graduated with three other students and went on to start a teaching career that would change the lives of an entire community of people and influence the nation.

Educating the Children of the People
Miss Laney began her teaching career in Macon, Milledgeville, and Savannah before, due to health reasons, settling in Augusta, Georgia. With the encouragement of the Christ Presbyterian Church, USA, Miss Laney started the first school in Augusta, Georgia for black boys and girls. The school opened on January 6, 1883 in the basement of the Christ Presbyterian Church then on 10th and Telfair Street with little money and only six students. Miss Laney did not have much, but what she did have was dedication and determination, which would prove to be all this unique woman would need. In 1885, the first class was graduated from Miss Laney’s school. By that time, the school had 234 students and needed a bigger facility and more money.

A Lesson in Perseverance
Armed with a one-way ticket, only a little money, her prayers and her desire, Miss Laney traveled to Minnesota to tell the Presbyterian Church Convention about her school and to request funding so that they could expand. Unfortunately, although Miss Laney spoke well, she was unable to convince the Convention to commit to funding her school. However, they did pay for her return trip home. Miss Laney was unsure how she would proceed from there, but knew that her mission was a good one and that her school would continue.

Shortly after her trip to Minnesota, Miss Laney received a letter from Mrs. Francine E. H. Haines, President of the Woman’s Department of the Presbyterian Church, USA who had heard her speak at the convention. Mrs. Haines was so impressed with Miss Laney and her mission that she was able to secure funding for the expansion of the school in the amount of $10,000.00. Miss Laney was so touched by the kindness of this stranger that she named the new school the Haines Normal and Industrial Institute. In 1886, the Haines Normal and Industrial Institute was chartered by the state of Georgia and moved into its new location at 800 Gwinnett (Laney-Walker Blvd.) Street.

A Modern Day Woman
Miss Laney was a forward thinking person. She believed that the only way for blacks to be successful in America was by being well educated. She also believed that in order for the race to continue its women’s must be educated as well. Her students studied the classics, Latin, Algebra, and various trades. She produced well-rounded young adults who also studied the arts and music and participated in sports. Miss Laney assured that students who graduated from Haines Normal were ready to compete in society.

Caring for Her People
In addition to starting her own school, the Haines Normal and Industrial Institute, Miss Laney started the first black kindergarten in Augusta, Georgia and the first black nursing school in the city, the Lamar School of Nursing. Many people were influenced by the work that Miss Laney did at Haines. Ms. Mary McCleod Bethune who worked with Miss Laney for a year was so impressed by Miss Laney’s accomplishments that she went to Florida and founded Bethune-Cookman College for Blacks. This outstanding institution continues to thrive and produce thousands of African American students.

After a life of selfless dedication to the education of her people, which focused on the education of her people, Miss Laney died on October 23, 1933. Thousands of people came to her funeral. Her body was buried on the corner of the lawn of the Haines & Normal Industrial Institute. Miss Laney’s spirit lives on and her strong legacy continues to this day.

Her Legacy Lives On
Throughout her life Miss Laney received many honors. President Ware of Atlanta University paid many tributes to her and she received several honorary degrees from various other colleges and universities. After her death, the Haines Normal & Industrial Institute was renamed the Lucy Craft Laney Comprehensive High School in her honor, Gwinnett Street was renamed Laney-Walker Boulevard in the honor of her and that of Dr. Charles T. Walker, pastor, civic leader, founder of Tabernacle Baptist Church and co-founder of Atlanta University. There are several other schools throughout the USA that have been named in Miss Laney’s honor. In 1974, in honor of her contributions to Georgia and its children, the portrait of Miss Laney was commissioned by then Governor Jimmy Carter and unveiled in the Georgia State Capitol. In 1983, Miss Laney was inducted into the Women of Achievement of Georgia.

In 1987, Miss Laney’s home was damaged by fire, purchased by Delta House, Inc., and later restored and made into a museum, which promotes the legacy through art, history, and the preservation of her home. The Haines Alumnae Association later placed an eternal flame on her grave site, which reminds us all of a great woman.