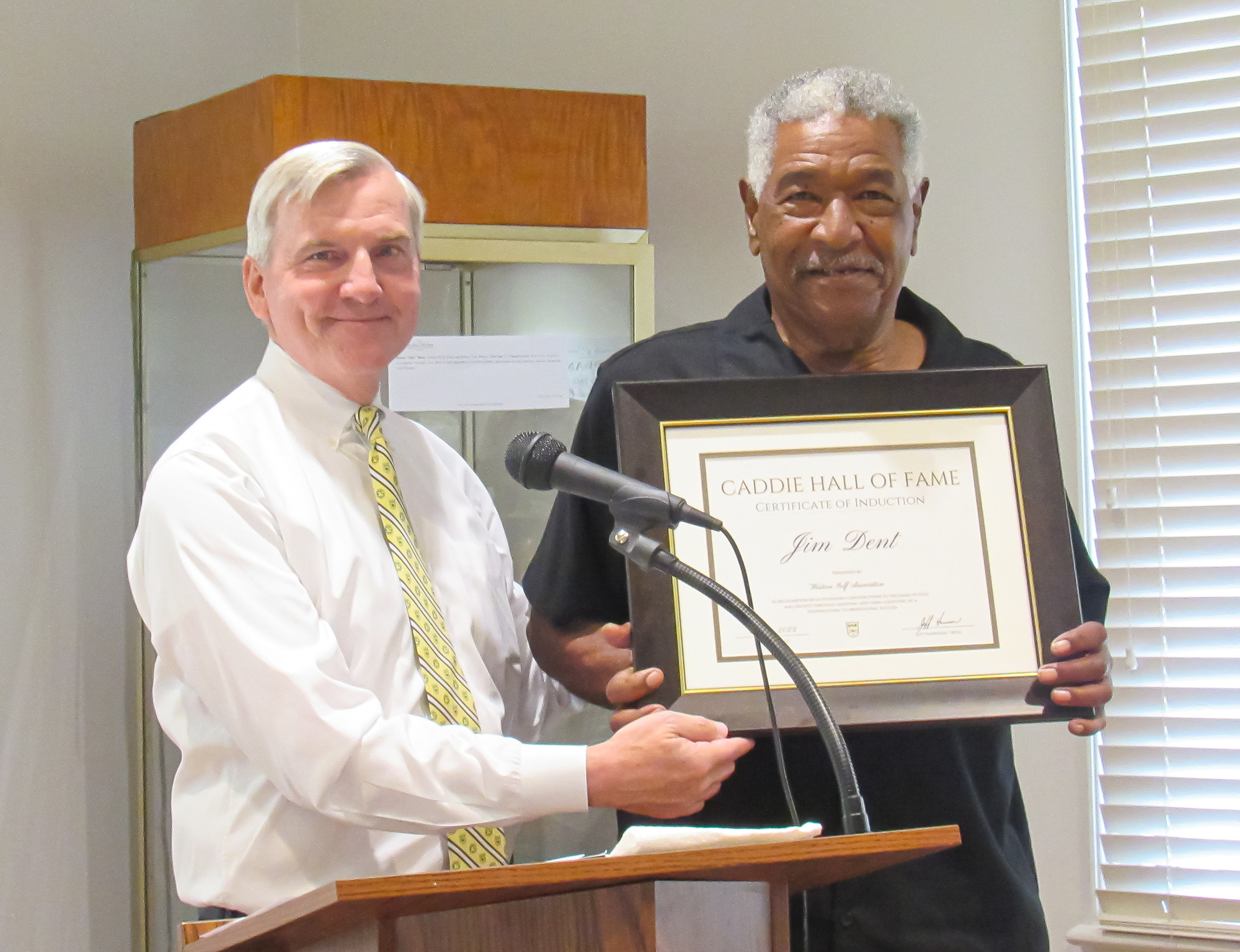 The Lucy Craft Laney Museum of Black History celebrates the golfing legacy of Jim Dent and applaud his induction into the Caddie Hall of Fame.

Professional golfer Jim Dent was inducted into the Caddie Hall of Fame on Friday, May 20, 2022, in recognition of his outstanding contributions to the game of golf and society through caddying and using caddying as a steppingstone to professional success.

The Caddie Hall of Fame highlights the tradition and importance of caddying by recognizing and celebrating individuals who have devoted their lives to the game of golf through caddying or by supporting the role of caddies, or who have used their experience as a youth caddie for future professional success. The Western Golf Association in 2011 took over formal administration of the Caddie Hall of Fame, which was first established in 1991 by the Professional Caddies Association. Dent was inducted during a reception at The Lucy Craft Laney Museum of Black History in Augusta, Georgia, on Friday, May 20. The museum also paid tribute to 50 Years of Augusta National Black Caddies, honoring Dent and others, at its annual golf tournament on Saturday.

“We are honored to welcome Jim Dent as the newest member of the Caddie Hall of Fame,” said Jeff Harrison, WGA senior vice president of advisory and special initiatives. “Jim embodies the gold standard of hard work and professionalism, and we are inspired by how he utilized his time as a youth caddie to propel himself to the highest level in the game of golf.”

A native of Augusta, Georgia, Dent caddied as a young man at Augusta National Golf Club and Augusta Country Club where he fell in love with the game of golf. He caddied in his first Masters at age 15 and later caddied in the event for major championship winner Bob Rosburg and Masters Champion Bob Goalby. For Dent, every loop was an opportunity to closely study players like Ben Hogan, Byron Nelson and Sam Snead, and apply their techniques to his own swing.