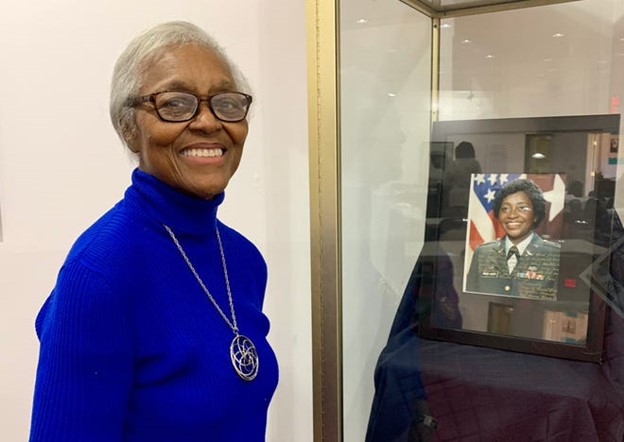 Christine Miller-Betts has retired from a life of dedicated work in the Augusta area and her friends and colleagues did not let a pandemic stop them from giving her a proper sendoff.

After 26 years as executive director of the Lucy Craft Laney Museum of Black History, Betts, 86, officially retired in June, but the COVID-19 pandemic prevented a celebration at the time, according to spokeswoman Rhian Swain. But on Sunday, performers and leaders from across the area organized a virtual celebration to honor Betts and her impact.. They took turns over video giving various contributions, from musical performances to stories of her life.

Close friend and museum sponsor Pat Knox with the KNOX Foundation said, before coming to Augusta, Betts was a nurse and a member of the military. While stationed at Fort Gordon, she served as Chief of Education Counseling and ended her civil service career in the Leadership Department.

Betts also has been an active member of the Augusta chapter of Delta Sigma Theta Sorority, according to chapter president Danita Myler.

The sorority purchased the home of renowned educator Lucy Craft Laney in 1987, restored it and in 1991 opened it as the museum that sits on Phillips Street today, according to the museum’s website.

Betts became the museum’s executive director in 1994, and shortly after met retired President/CEO of United Way of the CSRA Laverne Gold.

“I knew right away that she was passionate about her new role and that she wanted to take the museum to its next level,” Gold said. “I think her formal education in nursing and theology greatly prepared her for the leadership role to nurture and care for the museum.”

But she wanted to do much more than that, according to Morris Museum of Art director and curator Kevin Grogan.

“She had a particular vision for the kind of museum the Lucy Craft Laney Museum could be, and that actually transcends the usual definition of museums,” Grogan said. “It is not just a place that collects and preserves and presents…she actually saw this as a place that could serve as a kind of community center.”

Knox listed a few of her accomplishments,including the development of a children’s academy and computer center, getting a bust of Lucy Craft Laney placed in the garden area and several “over-the-top” fundraising galas.

Historic Augusta executive director Eric Montgomery recounted some of her many works outside the museum. He said Betts served on its board for over 20 years, and together they worked to promote African-American neighborhoods, erect historical markers and save significant buildings like Trinity Christian Methodist Episcopal Church.

Bett’s daughter Carol Miller spoke of the impact her mother has made on the family.

“When I travel, people still come up to me and ask ‘Are you Ms. Betts’s daughter? You look just like her.’ Then they would proceed to tell me some wonderful feat that she had accomplished,” Miller said. “Because of [her] Sarah and Christopher [her grandchildren] learned to appreciate African American history and living legends…and because of [her], at only five months old, [her] great-grand child already has the history books and art to begin her cultural journey….Am I Ms. Bett’s daughter? Yes, I am…I couldn’t be more proud.”

In the final minutes of the celebration, the museum’s new director Linda Johnson announced that, to honor Betts for her life’s work and what she has done for the education of others, the children’s academy Betts helped create will be known as the Christine Miller-Betts Children’s Academy.